It's nearly that time again....

Two days to go before the old routine returns.  I’m still in a place that fits the Fianna Fail slogan of yesteryear -  “a lot done, more to do”. Half the books are covered, most of the twistables have been painstakingly, individually labelled (for all the difference it will make) and I know where the majority of the uniforms are.  All I need now, is the motivation to finish the job in hand.

I always quite enjoy the first day back at school.  The children aren’t quite as resistant as they will be a week later. There’s a nice buzz around the school yard as parents and kids alike catch up with each other after the long summer break and “new school year” resolutions are made. There’s a definite Pollyanna feel to the whole day.

I will admit that the house will seem quieter when I return from the drop, especially this year as child number six, my resident foghorn, starts Montessori. Child number seven, no doubt will be confused for a while, when there are no brothers or sister to play with. I, in the meantime, will surely find it strange to look out my kitchen window without seeing Captain America, from the corner of my eye , run by without any trousers on, followed in hot pursuit by Spiderman, identifiable only by his calls of “I’ll shoot him with web” as Spiderman, in this house, often prefers to go completely au naturel.

It will be an adjustment for a while and I will definitely miss them.  Not having to resolve a hundred arguments a day will help ease the pain. My neighbours will doubt miss hearing my gentle tones, ones they have become very familiar with over the course of the Summer, as I lovingly called to Spiderman to stop bouncing on the trampoline and come inside immediately to put on some clothes.

All good things must come to an end and so Summer 2016, I bid you adieu. It’s back to early starts, homework, school lunches and after school activities.  What doesn’t kill us, makes us stronger, the saying goes. I wonder does that apply to school projects too…… 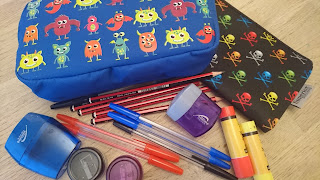 An ode to "Back to School"

The new school year is drawing near,
The teachers start to cry,
While parents empty bank accounts,
For school books they must buy,
And uniforms and bags galore,
Shoes and runners are a must,
And pencils, pens and rulers too,
Parents feel that they'll go bust!
There's books to cover,
A lovely task,
And then they'll need a label,
As do the crayons, and lots of pens,
Which adorn the kitchen table.
The hope in labelling every one,
Is that they won't get lost.
That the kids will take good care of them.
After all the mounting cost.
But hopes are not enough I fear,
When it comes to lunchbox lids,
Which disappear in the first few days,
Lost by those pesky kids.
And pencil cases filled to the brim,
At the beginning of September,
By two weeks in, will be quite bare,
Because the kids, they won't remember,
Where they've left their pens and pencils
Or parers or rulers either,
You'll feel your hard work was all in vain.
You'll need to take a breather.
It's the same old drill each and every year,
With a lesson that makes you pensive,
With all the costs when you add it up,
Free education is expensive!
Posted by Mama-tude at 09:20 4 comments:

Email ThisBlogThis!Share to TwitterShare to FacebookShare to Pinterest
Labels: back to school, parenting challenges, poem

Housework is not just for mums!

Housework is the bane of my life. In fairness, it’s not the doing of housework that especially bothers me – if anything there’s something quite therapeutic about taking a room apart and putting it back together again, discovering a hairbrush, baby talc and the portable dvd remote control all of which have been missing for the past week, in the process. It’s the less therapeutic effect of returning to the same room two minutes later only to find it has been restored to its former lack of glory as Spiderman scrambles over the now cushion-less couch while Ironman drags the decorative throw along the floor giving Superman and The Hulk a sleigh-ride. Darth Vader meanwhile turns the playroom on its head in search of his lightsaber and a watergun.

This summer, I decided it was time my kids learned to do a few things for themselves. To start with I wasn’t looking for miracles, just basic things like putting their underwear in the wash basket.  The sort of things that are supposed to distinguish us from the rest of the animal kingdom. And after daily reminding of approximately 5 – 226 times we’re finally starting to have success, some of the time.

More recently I decided it was time to encourage some age appropriate chores.  Not only, I figured, would this give me a little bit of help , I felt it might make the older children aware of how much effort goes into running the house and hopefully make them think twice before creating a mess.  My naivety never ceases to amaze me.

Harry Enfield’s Kevin and Perry had nothing on the sort of reaction I was greeted with.  The mere suggestion of making their own beds and tidying their room after some of them had ALREADY placed their own used breakfast bowl in the sink was met with declarations of “that’s not fair” and insistence that the requested child would only tidy their side of the room. Cue stomping upstairs and a literal battleline drawn. Two minutes later the dulcet tones of two lads killing each other echoed down the stairs and I was forced, in a gentle manner, reminiscent of a fishwife, to lovingly call “don’t make me come up there!!!”

Downstairs, meanwhile, the next two up to the “not literal” plate were all ready to resist the task in hand. Emptying the dishwasher and hoovering apparently is tantamount to child abuse, plus the hoover is a very complicated piece of equipment to operate, it seems.  Grumbling every step of the way the two carried out the job asked of them, badly. Their claims that none of their friends would ever have to do anything like this, fell on deaf, but fed up, ears.

As I slowly lost my mind following battles which ended with half hearted, half completed jobs I realised I have a long way to go.  I am however, determined to persist and teach my children a bit about responsibility. All I need now is to summon up the strength to be consistent. As Gloria Gaynor so eloquently put it “At first I was afraid, I was petrified” but “I will survive”! 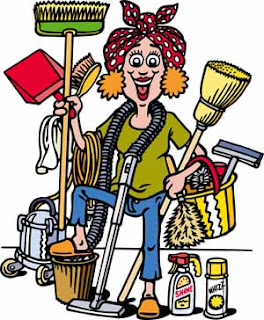