Because mums are people too!

Parenthood is demanding and all consuming – we all know that. It’s a 24/7 job where the pay is love and the breaks are non existent – but the pay is love, so those of us lucky and privileged enough to have children, get on with it, grumbling sometimes, moaning others and appreciating our glass of wine all the more for it!

Time is the one thing that most of us parents feel we lack.  Time with our children, time with our spouses, time for extended family, time to do the million and one other things on the list – even time to get a haircut.

We hear constantly about taking the time to look after ourselves and while most of us appreciate that happy mammy generally equals happier children, we still have a tendency not to prioritise our own needs.  None of us are superhuman however, and it does eventually catch up!

Last week, a friend of mine suggested a mum’s night out on Friday.  The message had barely arrived when I replied an emphatic yes and when and where and could we somehow ensure it was set in stone and that nothing short of an Act of God would result in its cancellation (it’s fair to say I don’t get out much).

Friday arrived and with all the excitement of a teenager I counted down the hours. Not even my grumpy five year old or guilt tripping ten year old (the Halloween decorations still weren’t up) could dampen my mood.  The baby and the 3 year old weakened my resolve alright, when they found a tub of sudocrem that I hadn’t nailed to a surface and proceeded to smear it all over the floor, table, my planned outfit for the night, and left me with a trail of handprints on the stair carpet for good measure, but I stayed strong and took the advice of some wise Mama-tude Facebook followers who believed wine would help with the stains.  They were right – two glasses and I didn’t care.

And so I set off to the restaurant to meet my friends and had a great night.  We had cocktails, lovely food, and as always happens when a meeting of great minds take place – we debated some real life, significant issues. We pondered the overworked “Ms Rabbit”, and thought how similar she sounded to “Nanny Plum”.  We laughed at Daddy Pig and agreed, controversial though it may be, that he is a bit of an eejit and remembered the time that he tried to hang a picture and ended up taking a piece out of the wall. We scoffed at the Wise Old Elf and his belief that “magic always leads to trouble” and thought of the time that he was stuck up Mount Everest and wished Nanny Plum had her wand then!

Talk moved swiftly on to Halloween and we discussed kid’s outfits, how in “our day” we made do with a black plastic bag and improvised in relation to things that we didn’t have. We wowed at the creativity of one mum who made a parrot costume from pieces of felt.  I shared my tales of Boy George costumes (lots of plaits and too much make up) and Bosco costumes (a box and a blue metallic wig, because I didn’t have a red one). We learned that there are indeed things to be learned from the "olden days" when we realised a black sack was just what another mum needed to create the perfect witches outfit for her toddler son.

And so all too soon the evening came to an end.  There were lots of laughs had, (apologies to the other diners for our lack of volume control) and tales exchanged and we left with a date scheduled to do it again in the not too distant future.  We all agreed if we left a date to be decided upon, too much time would pass once again as “life” took priority.

On Saturday, with renewed vigour and recharged batteries, I took on the task of converting our home to spooky, ghoulish, (slightly terrifying for the 3 year old unfortunately) haunted house and I surrendered my claim to the “world’s worst mother title”. The kids were delighted and I lived first hand the theory that happy mum really does equal happy children.

Another weekend is drawing to a close and though there’s the usual mountain of “stuff” to be sorted, Halloween and all its excitement is just around the corner –  as is another mum’s night out. So if my friends are reading remember – that night is set in stone, not to be cancelled except in the occurrence of an Act of God.  My sanity depends on it – no pressure! ;-) 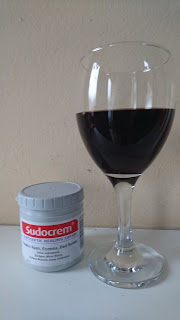