I never expected to hear myself say......

I had great ideas about the sort of parent that I would be.  I had plenty of notions and preconceptions about motherhood and what, when the time came, it might be like. Most of those preconceived ideas involved dressing the children up in beautiful outfits and going for walks with a fabulously trendy pram. None of them involved the car boot battles endured to fit this fabulously trendy pram or the constant beautiful outfit changes, necessitated by outpourings of poo and puke.

There’s nothing quite like parenthood for providing a reality check. At this stage, I have more of an idea what to expect – this is generally, the unexpected. “Unexpected” applies to pretty much every aspect of the equation, including some of the conversations that I never imagined myself having or some of the things I never imagined myself saying. Out of the mouths of babes as they say, except when it’s out of the mouths of mums.…….

1.       Yes that is an enormous poo. Yes it is probably bigger than Batman’s.
2.       Put some underpants on, the neighbours don’t want to see your willy flapping about on the trampoline.
3.       Why are your ears green?
4.       Why are you tangerine?!!
5.       No your Gran doesn’t have a willy. Stop asking people if they have willies.
6.       That man is not cutting the grass naked. (while apologising profusely to the perplexed man in question after my son announced it very loudly at the top of his voice to everyone on the road and rounded up his school friends to come see.) He’s just trimming the hedge without his shirt on.
7.       Why are you orange??!
8.       Why are there dirty boxers on the kitchen door handle?
9.       What’s that mark on the mat - chocolate or poo? Can someone sniff it for me please, I have the baby in my arms.
10.   Did you think I wouldn’t notice that you’re wearing that dress backwards? (complete with - you’re not going out like that.)
11.   No I don’t think this is just a story that someone is reading and that it will start raining when they turn the page. We’re just walking home from school.
12.   I’ll never let your dad kill another cockroach
13.   Put some underpants on, the neighbours don’t need to see you standing on the playroom table bare bottomed.
14.   We do not eat crayons.
15.   No we don’t keep head lice as pets.
16.   Do not use Daddy’s toothbrush to clean the dog’s teeth.
17.   Do not use Daddy’s toothbrush to fish breakfast waffles out of the toilet.
18.   Why is there a banana in the toilet?
19.   Do not fart on your brother.
20. Why does the dog smell of suncream? 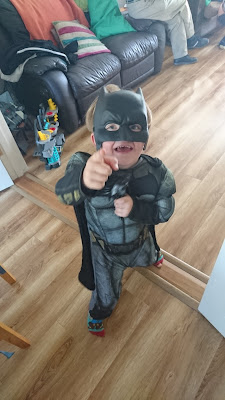